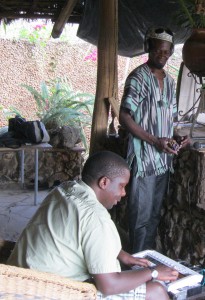 Soon we are testing equipment, discussing the best way to utilise the good but limited mic set-up, strumming and plucking and so gradually music starts to appear. We are on our way. 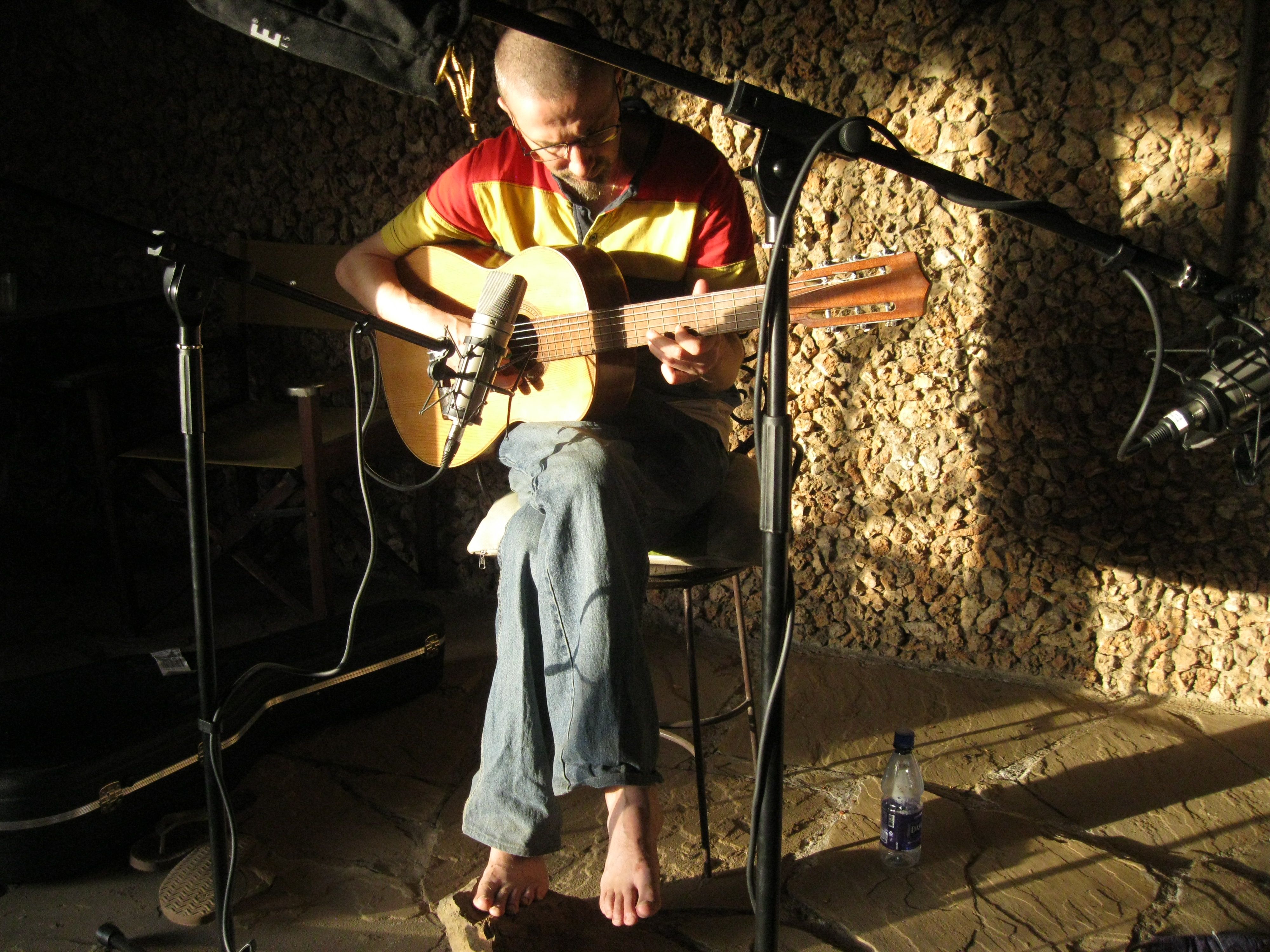 So for the first week we set up a routine like this: a drive through Nairobi traffic to Alan’s, set the gear up (we can’t leave anything here as it’s outside and Alan had been robbed recently) and work till dusk. Then break it all down again and go home. It’s fairly tiring. Songs start appearing however, or at least the basic nyatiti and guitar tracks.

‹ A visit from Gary Barlow and the BBC