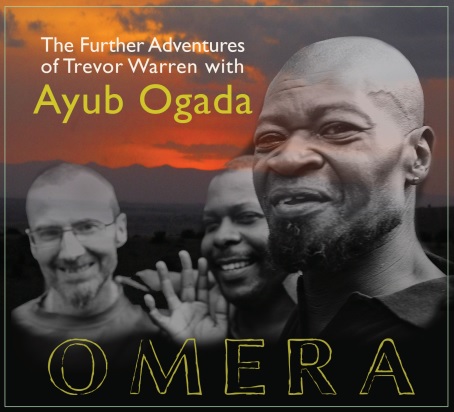 When Ayub passed I felt a deep sense of loss for a man whom I had considered a friend, colleague and inspiration. The world had lost a wonderful artist who had left us with all too few recordings. In 2012, when I visited Ayub Ogada in his home in Kenya for the sessions that were to become Kodhi, little did I imagine that it would turn out to be the last time we would record together. Isaac Gem, who had played such a big part in the Kodhi sessions, told me of his passing and a few days later he suggested creating this tribute album.

In the two weeks we had all spent together in Nairobi and Naivasha we recorded maybe sixty different musical ideas, and on listening again I found many tracks that had been originally rejected for Kodhi that were worthy of re-evaluation and reworking.

Not only were there original tunes, but a live version of Kothbiro that I had completely forgotten about. This was a purely off the cuff live performance for some dignitaries who happened to be lunching at the house of Alan Donovan, who had kindly let us record all the instrumental tracks in his open air pool house over looking the Nairobi National Park. Luckily Isaac had pressed the record button to capture this little gem. Some other tunes, like 45, were work in progress, but with some overdubbing (including the beautiful trumpet of Toby Shippey) and editing I was able to turn it into something I think worth hearing.

We Are Just Waiting is a reworking of Waritarita that was included on Kodhi, but I felt it worth revisiting as I discovered different vocal takes, match box percussion from Ayub and a guest performance from the wonderful Sean Ross, who with his family had been such a life-saver for us during our stay at Naivasha. Granary is an alternative take of Dero and Seed is an instrumental version of the track Kodhi.

But there are many others included here, such as It’s Raining.. that were just lovely little discoveries that I can only guess were previously shelved for reasons of lack of time in production. I also used some earlier recordings such as in the title track Omera (one translation of which is “my brother” in the Luo language) and Ali Farka Touré, utilizing material with Ayub taped by Dill Katz back in 2006 together with my band Deva.

And that’s not all, the second half of the album consists some bonus tracks, re-imaginings of some of the songs (and others recorded previously) by myself and some of the people who knew and admired Ayub. We are lucky enough to have Bernard O’Neill, Count Dubulah, Oren Kaplan and Peter Chilvers reworking some of the songs.

I hope you enjoy this tribute to one of Kenya’s finest sons, sadly missed now, and even sadder that he was joined only a few months later by Hossam Ramzy – friend, percussionist on Kodhi and playing again on one track here, Forty-five. Thankfully they left some of their story behind for us. Lastly (but by no means least) I must also say a big word of thanks to Long Tale Recordings boss Rob Bozas, without his encouragement and support throughout the years none of these recordings would have happened. Cheers ondiek.

All tracks composed by Ayub Ogada, Trevor Warren and Isaac Gem, except Kothbiro (Achieng/Ogada ); Mountains of the Moon, Omera, Job (Ogada/Warren); On the Fly (Warren)

Recorded in Kenya, Spain and the UK

For our brothers, rest in peace

RIP Alan Donovan 1938 – 2021
In loving memory of Alan Donovan who played a huge role in this album and Ayub Ogada’s creative output.
We are ever grateful. RIP Alan and thank you 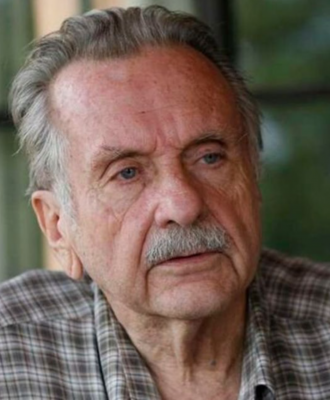