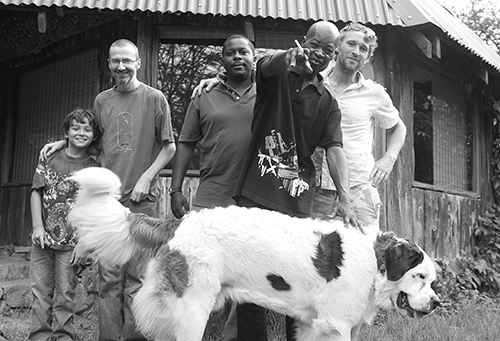 We start recording the vocals, slowly at first, but I know it’s going to be good. Ayub puts down 3 tracks that day, all pretty much off the cuff, but they make the hairs on the back of my neck stand up. I start to think we may have an album.

So our final day at Naivasha arrives. We start early and all goes well. We record about seven vocal tracks that day. Ayub of course, more of Isaac for backing, me on a few tracks and even Sean and his son Hugo have a go too for fun. 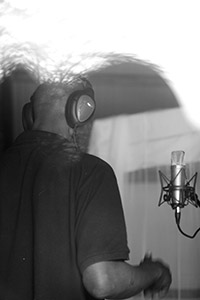 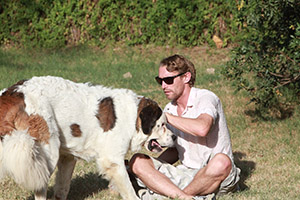 Sean and his dog Kiraka

Meanwhile Sean’s wife Julia snaps many of the photos on this blog and website.

Sean tells us that at one point he was watching us work from the garden and saw two fish eagles perched above us, apparently watching the proceedings. He wanted to tell us at the time but said he felt he couldn’t disturb the process.

A good omen I thought, though I would have loved to have seen them myself. Maybe they were our guardian angels.

‹ Impromptu gig and back to Nairobi